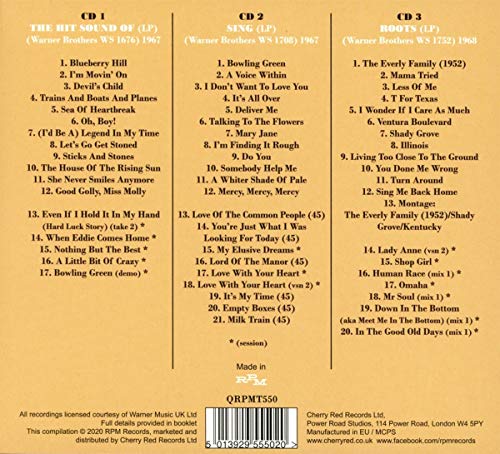 Three CDs.With an Americana music pedigree born of their Appalachia roots, The Everly Brothers ably crossed over from the pop charts to the country music charts during their hit-making heyday.During the mid sixties however they suffered a lean spell for commercial success all the while trying to update their sound.RPM focusses on the following period from November 1966 - November 1968 when the Everlys recorded mostly in Los Angeles rather than Nashville with the duo searching for a musical direction.Disc One presents the The Hit Sound album, recorded from December 1966 onwards, with contemporary rock 'n' roll and pop covered in Everlys harmony style updated with the cream of the LA session crew including Glen Campbell, Larry Knechtel, Ray Pohlman, Hal Blaine.Includes bonus tracks.Disc Two presents the Sing album, the Everlys and their label Warner's response to the prevailing 'youthquake' band sound straddling the transatlantic.On the album are songs by The Buckinghams, Patrick Campbell Lyons, Procul Harum.Includes bonus tracks.Disc Three presents the Roots album, pieced together from the LA sessions at studios like Goldstar, conducted by Lenny Waronker during April-September 1968, again with the Wrecking Crew aided by Van Dyke Parks and James Burton.The Everlys took the chance to pay homage to their country roots with songs by contemporary country writers Merle Haggard, Glen Campbell, George Jones as well as more from their own pen.In addition, amongst the bonus tracks here, from the November 1968 sessions held after Roots, are Neil Young's 'Mr.Soul' and Dolly Parton's 'In The Good Old Days'.Waronker had produced Newman in pre-Harpers Bizarre band The Tikis, and with Van Dyke Parkes the subsequent solo album by Newman. 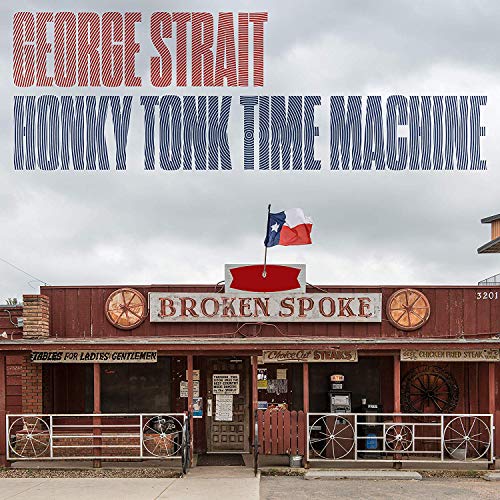 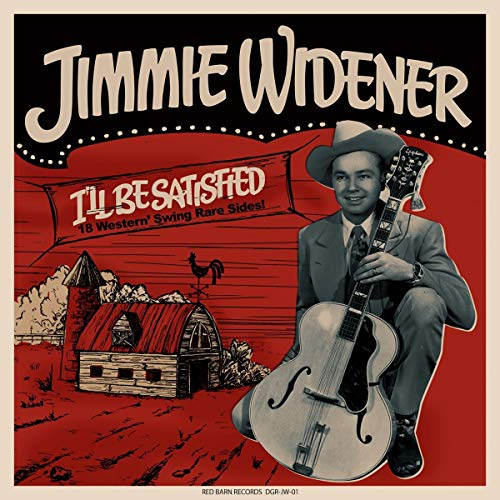 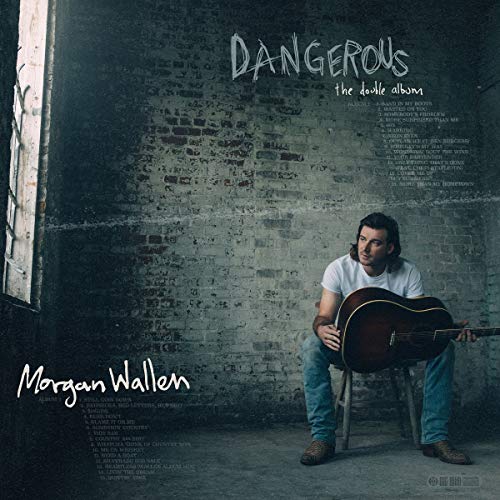 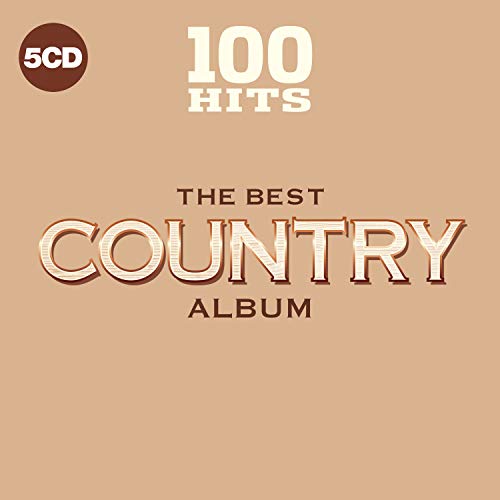